Secure your spot and get started today with our EXCLUSIVE offer!

By opting into the web form above you are providing consent for Championship Martial Arts to send you periodic text messages. Standard rates may apply. You can reply HELP at anytime or learn more. You may opt-out anytime by replying STOP. 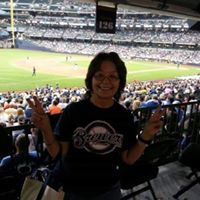 They don't just teach your children moves, they teach them values. They teach them to respect others as well as themselves. They learn to accept others as they are and just get along together. It's a beautiful thing to watch! 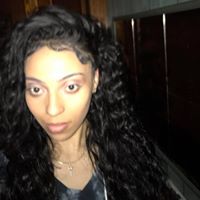 Get your children involved and will be and have a good time and learn something I found a my son Emanuel that's very well focusing and learning new thing and we encouraged him to do well and focus in and he learned something new an fantastic and he getting a lot of confidence himself it is awesome the teachers and Trusted instructors from there he meets new friends quality people and he's not sitting in front of the TV all day he's moving he's getting himself prepare for the future he feels great an fantastic inside and out he also love to move up in belts and weapon. Great place to grow with Thank you Black Belt Karate Studio. 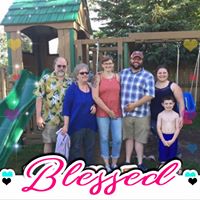 My daughter and I have been looking for something to do together and this seems to be it. We went in on Monday to check things out and by Wednesday we were in class. I have severe anxiety to the point where I rarely leave my house and I managed to get through a class with people I don't know doing something I've never done before. That is a miracle, not typical of me at all, I felt pretty comfortable and think karate may be my escape. 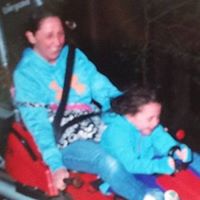 My daughter had very low self-esteem, this has changed her so much, she has grown so much. The price seemed high to me at first but seeing her self-esteem and self confidence improve makes it so worth it. The instructors are great with the kids and they have a way with all the kids. I would say please try it. We have recommended many of her friends and they are now a part of class and love it as well. THANK YOU ALL!!! 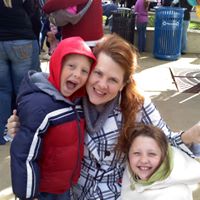 Fantastic Instructors that relate from the youngest to the oldest. Teach skills clearly and patiently and makes sure each individual "gets it"!
Solid mix of humor and ability and smarts make every instructor heresolid role models to have in life.
My child was not terribly flexible or graceful, now he can hold stance and do 20 solid kicks +, endurance is amazing and he feels STRONG, while understanding clearly that Karate is an Art and for Self-Defense, not to just kick someones butt.
Can't say enough about how great they are!!!! 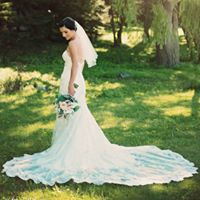 This studio has been a wonderful experience all around. Stimulating in both physical and mental capacity with fun instructors and a support system to help you achieve your belt goals. Even on days where I just feel unmotivated to attend class, I always leave with a better attitude and more energy. Love it! 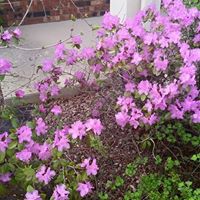 As someone on a budget, I know that the number one reason some parents may cringe at the packages is the cost. But in all honesty, it is the BEST INVESTMENT you are making and you definitely get your money's worth. The Senseis are amazing, compassionate, and not only teachers but role models to the kids. They are genuinely interested in your family's life, not just in your child's karate lessons; they are involved with the kid's teachers and with the parents to foster a balanced goal plan for the kids. Studio is always clean & someone is always accessible whether at the studio or by phone. We really see the benefits & love going to BBKS! 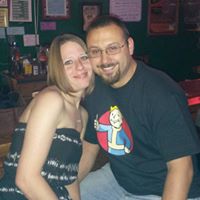 My son does classes there and had his birthday party today with you....all the kids had such a great time!!!!!!

Request information today to learn more about our programs! Get Started Now

The term “Martial Arts” is a relatively broad expression that encompasses a variety of different disciplines. Typically, when we hear the words martial arts, the first ideas that come to mind are one or more of the techniques that have developed in Asian countries. However, the martial arts are comprised of most types of fighting techniques that focus on hand-to-hand combat.

Historically, there have been a number of Commander-in-Chiefs who have studied at least one of the martial arts. Most often, wrestling has been the discipline of choice, but there have been a few who’ve gone with disciplines that originated in Asia.

Washington was not the type to take an attack lying down, not even at 15. To deal with bullying at school, He became proficient in an old Irish folk wrestling art. This art, called “collar and elbow,” involves learning a series of Kicks, Throws, Trips, Pins, Chokes, and Locks.

Long before he was president, he was known locally for his size and strength. Also skilled in collar and elbow wrestling, he was once asked by the locals in Illinois to take on the town bully. Lincoln agreed. It was no contest. Problem solved.

Even after he began his political career, he would intervene if he saw a bully at work. Once, during his legislative bid, he saw one of his supporters being roughed up during his speech. He stopped speaking, tossed the guy 10-12 feet, then went back to his speech.

Also a wrestler, Grant would sometimes let his form of martial arts have an effect on his work. In fact, during the famous surrender of the Confederates at Appomattox, it’s said he apologized to General Robert E. Lee for the disarray of his camp. Apparently several of the “boys” had joined Grant for an evening of wrestling the previous night.

Teddy Roosevelt took up demanding exercise to help treat the illnesses and asthma he suffered as a child.

Known to be extremely adventurous, once during his travels he had the opportunity to see a demonstration of one of the popular martial arts, Judo. After seeing it performed, he knew he had to give it a try. He eventually achieved the rank of 3rd Brown in Judo.

Barack Obama trained in Taekwondo while still in Chicago, IL when he was working as a professor and part-time state senator. His instructor was David Posner, who remembers him as a very diligent and disciplined student. President Obama eventually earned a green belt for this discipline of the martial arts.

Then, in 2009, during his presidency, South Korean president Lee Myung-Bak awarded him an honorary black belt during a visit to South Korea.